Jaybirds: "We bring individual styles together to move forward and not coming back to our starting point"

During last edition of the Sixties Rock Weekend Festival 2011 we could talk with the Jaybirds after his acclaimed performance in the Auditorium of Castellón, which review is published here. Four components: Bernhard, singer, Markus, bassist, Norb, guitarist, and Thomas, drummer, welcomed us in their dressing room where we raised some questions. Here is an extract from what was given in a friendly chat with some excellent musicians, attentive and courteous at all times. First of all, it is worth mentioning that the absence of another guitarist, Pat, was due to personal issues that prevented him from accompanying them in their only performance in Spain.

Magic Pop: How did you get to be so many years together in the band?
Bernhard: We’ve always had a very good relation between us because we know each other for twenty five years but you don’t have to forget that we had a break for five years between 2001 and 2006 because of personal problems.
Markus: Yes, we hated each other for five years and then, we felt in love again, and now, we’re together again (he laughs), since twenty five years. But we started playing instruments without having any idea about music, we decided anyway to form a group although we didn’t know anything about instruments. And now, we’re being playing together for twenty five years.
Bernhard: In this time from 2001 to 2006 everyone in the band, or most of us, had several projects in music with other bands, Pat and Thomas, Norb, Markus and me had different bands with different styles so, when we met again we thought “yes, we could start again with The Jaybirds”, and it was really great, we had some concerts and…
Markus: Yes, we decided to rejoin us because we made an appointment to play again and then, we realized that we could still play very well together, we’ve always understood each other.
Norb: After the breach, we discussed all the pending problems that we had so we solved them. 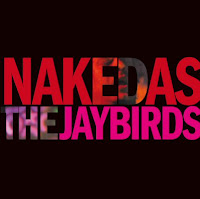 Magic Pop: This last album, Naked As The Jaybirds,  shows an evolution  in your style, do you think that the audience had understood this change or maybe they prefer The Jaybirds who you were before?
Bernhard: I don’t know…
Markus: We don’t know… Everybody says that the new record is good but still we don’t know it.
Magic Pop: Do you mind what people think about your work?
Bernhard: Of course we do, that’s why we’re doing this.
Markus: We could play alone in our kitchens, you know (laughs) but we had new songs and we decided to record them.
Yes, in the moment in which we made a new record, we didn’t really  mind what people were going to think because we only had to record the songs, but in the end, this last was the first record after the split up so we mind a lot what people think about our work.
These new songs have a different style but we tried to give the audience the same as we’ve ever had. I think that we’ve never left our style.
We’ve heard some critics about the new record, some of them are very good but not all are coming from our friends, we don’t agree those critics at all (he laughs), but we’ve sold a lot of records because people really like our work (because of the cava, maybe, I don’t know), (laughs). 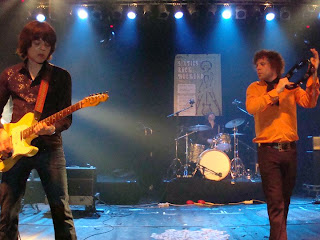 Bernhard: As I told you before, in the splits we had different groups and all of us were doing other things, for example, Patrick was in a rock band, he plays more pop-rock, Norb is doing solo projects, so we had to bring all our different styles together to make it funnier for us, and also, it was about not coming back to our roots  and to the point where we started, but doing something different. We needed a little bit of progress.
Norb- I would like to add something to that: We started to play together again in 2006 and we already had nice gigs after people discovered that we were together again so we performed  in Europe everywhere with other mod bands, in festivals… but we thought to go on with The Jaybirds, we wanted to do a new record, and from time to time, we like very much to go on with the concerts so, we are already thinking about recording again.
Magic Pop: We’re convinced that exists a “Jaybirds school” and that currently there are lots of bands that imitate you. You’re the “germ” of all those bands, what do you think about the actual bands?
Bernhard: In Spain?
Magic Pop: No, everywhere
Markus: Younger than us?...I think that this style sounds very  good and it’s not too complicated to get it, but it was very successful when we started  in the earlies 90’s and there was nothing like us , we were the only group in the universe (laughs)
Bernhard: In Austria (laughs). 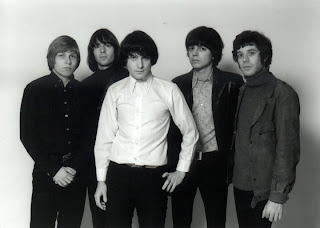 Markus: In Austria, yes, of course, it was already 60’s scene but we didn’t know anyone, we started playing this style because we loved it and I know that we took a good choice because we’re doing good music and we enjoy playing it. It must be true that our sound has pupils. We have ever seen the reaction of the people and I don’t know if it’s true but one way or another it sounds very good.
About the new bands, it’s very grateful actually that they imitate our style, well, not a perfect copy at all, but it’s very grateful that they continue with this style.
Bernhard: I don’t know the reason for this because when we created The Jaybirds our intention was to do an original sound and to have an original look as much as possible, then in Viena there was nothing at all but ten years after, we got involved in a small scene and then, we got aware of all these new bands and the new people, we were in the “british wave”, then there were lots of similar groups, even when we came to Spain we checked this out, so we might do something that was good for other people.
Norb: There was always the feeling that there are some people  who like our music, from the beginning, when we started with The Jaybirds, in between years 90-95, I used to think “wow, people like The Jaybirds”, they come to see our concerts because they like us so, for me, this has never stopped and they still like what we do. We really love our music and I think that people can feel it. 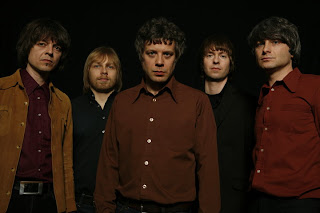 Magic Pop: Do you intend to go back in the studio again, soon or you’ ll wait for some time, maybe later?
Bernhard: For the time being, we don’t have enough material to record a new album but we recorded some songs for a compilation, which will be come out on next month probably. When we started playing again we decided the songs that we had to perform, so it really takes two years to select which songs we wanted for the last record so we put everything what we had in it and we don’t have more tracks at the moment.
Of course we’ll go back to the Studio someday. One of our next projects is recording an EP including tracks from the LP but in Vienesse, the local dialect.
Norb: But it won’t be in the German language but in the dialect we speak in Viena, it will be a completely local language.
Bernhard: In the 60’s and 70’s there were lots of bands that played in the local dialect and they performed rock songs but in Vienesse so we want to do the same.
Markus: It sounds very good because, although it’s a little bit hard, I’ve listened to a sampler and I think it fits. Normally this dialect is more successful in another kind of music, as folk music, for example, but it sounds like drinking or getting drunk, maybe (he laughs), this dialect is very useful to people who like our music and never listened to us, so it’s a good idea doing it. 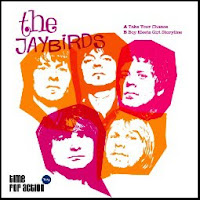 Bernhard: It seems like in Spain you have your local idols singing in your languages about things that  only Spanish people can understand, so we’re singing in Vienesse because we want to sing in the same language that people  speaks in the streets or in the bars.
Markus: It’s funny because in Germany people don’t understand this dialect anymore.
Bernhard: It’s amazing that The Jaybirds are really more famous in Spain than in Austria so we just wanted to do this EP in the Austrian dialect specially for people who never have heard of us and maybe next year they’ ll know us (he laughs).
Patricia Sarrais & Alex Magic Pop
Interview in Spanish here
Publicado por Magic Pop en 13:41:00